Rufus Higbee is a minor character and a bounty target featured in Red Dead Redemption.

Higbee is wanted for petty theft and can be captured or killed depending on the player's choice. He is a member Walton's Gang and apparently high-ranking.

In Undead Nightmare, Rufus can be found defending the settlement of Twin Rocks where he is on the roof of the middle building and is often the survivor leader. If Twin Rocks is saved and Rufus survives, he will stay on the roof, however, he may later move to sit around the fire with his comrades.

He is one of the few characters who can appear as both, living and undead. 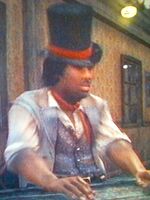 Rufus having a drink in the Armadillo Saloon. 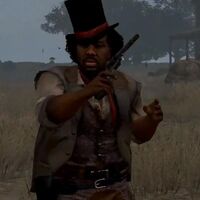 A panicking Rufus fighting off the undead near Warthington Ranch. 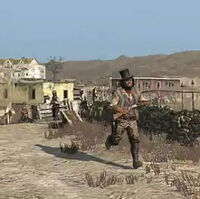 Rufus running away from Tumbleweed. 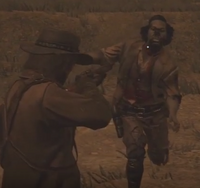 Marston aiming at an undead Rufus.