Sarah Grace is one of the Misc. Women characters that can be selected in the Outfitter. Her character model is unlocked upon reaching Multiplayer Level 50, meaning she is the last character in Women category to be unlocked. 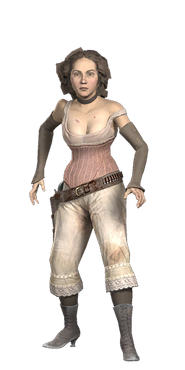 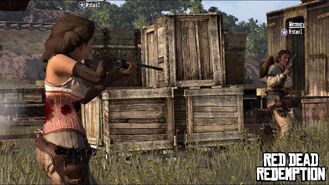 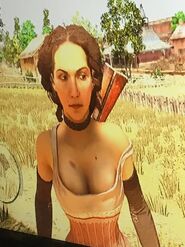 Sarah Grace Face
Add a photo to this gallery
Retrieved from "https://reddead.fandom.com/wiki/Sarah_Grace?oldid=415575"
Community content is available under CC-BY-SA unless otherwise noted.