Sodom? Back to Gomorrah

Sodom? Back to Gomorrah is a mission in Red Dead Redemption 2.

With the heat in Valentine having died down, Bill thinks it's finally time to hit the bank. Karen causes a distraction while Arthur handles the vaults.

While in camp at Clemens Point, Bill asks Arthur to speak with him. Informing Arthur that him and Karen have planned to rob the bank in Valentine, Bill tells Arthur to come along. Arthur is skeptical at first, but eventually comes around to the idea. Lenny joins the group, and the four change into new clothes and ride to Valentine. After arriving, Karen can either pretend to be a drunken harlot or a lost dame, and she enters the bank. After the people inside are off-guard, Arthur, Bill and Lenny burst in and hold up the bank. Lenny gives Karen the key and she opens the door behind the counter, and Arthur takes the teller and forces him to open the vault door. However, the teller can't open the safes, so Arthur is forced to either crack them silently or use dynamite. If the safes are cracked, lawmen don't start pursuing the group until they've almost reached their horses. If dynamite is used, the gang must fight their way from the bank to their horses. Afterwards, the gang rides out of Valentine and kills pursuing lawmen. They eventually escape, and they split the cash. Arthur rides off to the Downes Ranch to get a debt from Thomas Downes's wife. She gives him the money, and Arthur leaves, heading back to camp. 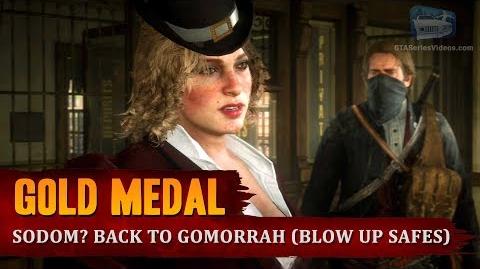 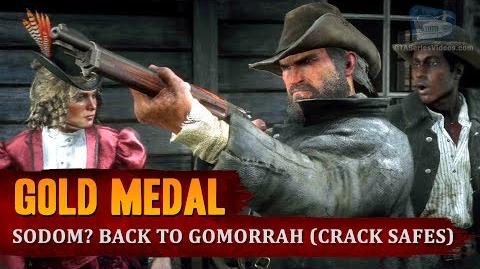 Arthur and Bill during the shootout 1

Arthur and Bill during the shootout 2