Sonny is a minor character featured in Red Dead Redemption 2.

Sonny lives in a house northwest of Saint Denis, south of Lakay. Around the house are many alligators and some pigs kept in a pen. Inside of Sonny's house is a bed with chains, shackles, and handcuffs around it.

Sonny is seen sitting on a chair on the porch of his house. When he sees the protagonist, he will try to lure them into his house. If the player follows him inside, Sonny will hit them over the head, rendering them unconscious, resulting in passing out. The player was most likely raped by Sonny.

Afterwards, the player wakes up in Bayou Nwa, surrounded by bones and dead bodies robbed of one to five dollars. If they return to the shack, Sonny is shocked and flees into the house, locking and barricading the door. The player can then break the door down, subdue or kill him and loot his homestead. Inside the house is a pack of cigarettes and a health cure. 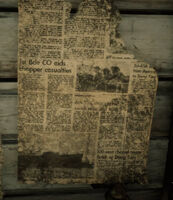 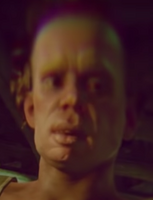