"Have every territory saved at the same time during the Undead Nightmare."

† = Safe Zones that cannot be overrun. 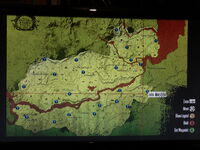 All 23 towns saved at the same time. 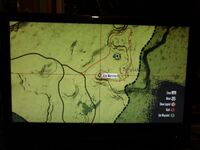 This shows the path up to the fortress at Torquemada.
Français
Community content is available under CC-BY-SA unless otherwise noted.
Advertisement