Good God, people. It's just a little bit of flavor scenery. Not everything has to "mean" something.

What about the Epsilon Program myth from GTA?

Could it have something to do with it???

I cannot believe people missed this out, the "triangle" is actually the mathematical symbol for angle . And dot in the triangle indicates that the triangle is 90 degrees. This could easily represent noon , since Sun is at 90 degrees at the noon. And the Sun above the triangle just adds to this explanation. (TheGood 00:06, December 28, 2010 (UTC))

I think that every detail in RDR makes an incredible experience, and is clearly that this strange site has a purpose and means something, it would be incredible to interview a member of the Rockstar Creative theme and ask him about this, but is very fun and intriguing to investigate by yourself and make your own theories.

Well, it certainly wouldn't be the first thing they borrowed from the film ;): http://reddead.wikia.com/wiki/User_blog:JackFrost23/Red_Dead_Influences

I assume this is the monument you were referring to?: 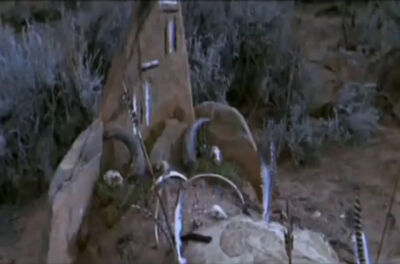 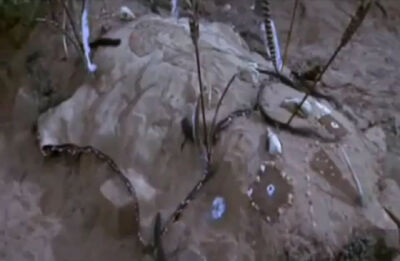 I can see why you made the connection, but this monument is pretty massive in scale when compared to the one in-game. So while I'm sure the inclusion of the site was inspired by the film, I doubt it is meant specifically for Jeremiah Johnson.

Yes I completely agree! Jeremiah Johnson is a great western. Just read your other post about similarities. All great catches

Retrieved from "https://reddead.fandom.com/wiki/Talk:Mystery_Site?oldid=256827"
Community content is available under CC-BY-SA unless otherwise noted.