The Iniquities of History

The Iniquities of History

The Iniquities of History is a two part Stranger side-mission in Red Dead Redemption 2. The quest becomes available after completing "An Honest Mistake", during Chapter 3.

The mission begins once the player speaks with a man sitting outside of Rhodes Train Station, Jeremiah Compson. He informs the player that his property and possessions within it have been seized by the court and granted to the Bank of Rhodes.

He asks the protagonist to break into his home and retrieve three of his belongings for him; his revolver, his ledger and a valuable pocket watch.

Once inside the home, the player can freely search the property for the items, and read letters that shine a light on Compson's past. Once the photograph of Compson beside an open trapdoor is examined, two squatters enter the room. One wields Compson's pistol, and aims it at the player. The squatter attempts to shoot the protagonist, but the gun jams. He throws it down and attacks the player, while the other runs away.

After both have been defeated, the player can open the trapdoor and search for the ledger. Notes of slaves' names and values can be found.

The player finds Compson camping around Eris Field, south of the property. He confronts him about his part in the slavery business, before throwing his ledger and belongings into his fire. Upset, Compson attempts to shoot the player, but the gun jams as it did with the squatters. He then lies face down on the ground and cries. The player can kill him if they wish, or leave him there.

After the last encounter the player will be rewarded with Honor, regardless of whether they kill Compson. 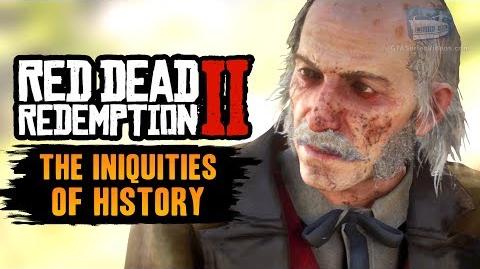