The Prohibitionist is a Stranger side-mission featured in Red Dead Redemption. Completing this mission is required to obtain a scrap for the Savvy Merchant Outfit.

A preacher, Abner Forsyth, is deterring citizens from the consumption of alcohol outside the Saloon in Blackwater. Upon speaking with him, Forsyth tells how some townsfolk aren't too fond of him. He proves it by sending Marston to one of his disgruntled listeners, the local bar owner, Oliver Phillips.

After speaking with Abner Forsyth, the player must:

Abner Forsyth is located outside the Blackwater saloon, preaching about prohibiting the sale of alcohol. After speaking with him, the player is sent to the other side of town to speak with a shady bar owner named Philips. Philips says that Abner is a menace to his business, and asks Marston to kill him. The player can choose to kill Abner or warn him of the danger instead.

If Marston kills Abner, he will receive $24 and half price at all bars across the world. However, he will incur a $40 bounty and lose 100 honor. If he warns Abner instead, a small amount of cash is obtained but prices at bars and property will double all across the world. Having a fame level of "Gunslinger" will keep the price of drinks from rising, but property prices will still double.

With the Hunting and Trading Outfits pack downloaded, after completing this quest, the player will acquire: 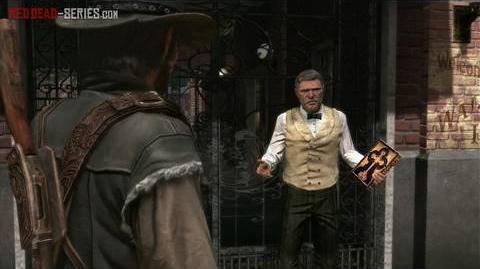 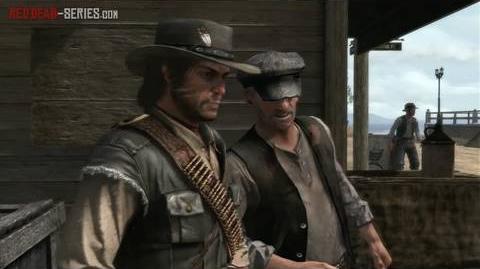 Retrieved from "https://reddead.fandom.com/wiki/The_Prohibitionist?oldid=404652"
Community content is available under CC-BY-SA unless otherwise noted.