“Double edged knife balanced for throwing. A good throw can take down a target quietly.”

Throwing Knives are a weapon featured in Red Dead Redemption.

Throwing Knives are perfectly balanced for throwing. An anachronistic and eccentric weapon, the throwing knife did not find wide use in the American west. Despite requiring substantial skill to use effectively, the weapon finds itself in capable hands with Marston. 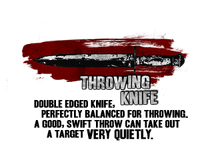 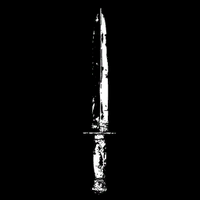 The following trophy/achievement can be acquired in Multiplayer when using Throwing Knives: