The Torch is a weapon found in the Red Dead Redemption Undead Nightmare DLC pack.

It is a makeshift weapon consisting of a short stick with a rag or cloth tied around the top. The rag is then doused with fuel and set alight. The torch can be used to light up dark areas, it can burn coffins in Cemeteries and can also be used to set the Undead and Undead Animals on fire.

The torch can also be used to perform Executions if the player uses it in close quarters while directly facing an attacking Undead. If done correctly, the view will briefly switch to a cinematic in which the player impales the Undead through the eye or the back of the head (depending on the player's position) with the sharp end of the torch's handle.

The torch is available in Undead Overrun for use as a last resort weapon, or to conserve ammunition once the clock has stopped ticking.

When looking for survivors in Blackwater, Marston is given the torch by a young lady, before heading to the Blackwater Cemetery to cleanse it.

The Torch as shown in the official Undead Nightmare trailer.

A player using a Torch in Undead Overrun 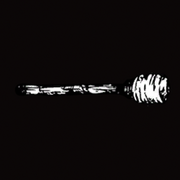 Retrieved from "https://reddead.fandom.com/wiki/Torch?oldid=329000"
Community content is available under CC-BY-SA unless otherwise noted.