You might also be looking for Twin Rocks, the location in Red Dead Revolver.

In 1898, the location is used as a hideout by Allison O'Dowd and her lover, Cliff in an attempt to hide from her husband Terrence O'Dowd's men.

The location is also used as a hideout from both Armadillo and Tumbleweed bounty targets.

In 1907, the location is more or less identical to how would look 4 years later. If the player has the special/ultimate edition of the game, it is filled with members of Del Lobo Gang and functions as a gang hideout. In the base edition they are replaced with regular NPCs, who are still guarding the settlement and will ask the player to leave, if they enter the property.

Twin Rocks is an outlaw gang hideout controlled by Walton's Gang. For players who have linked a Rockstar Social Club account to their console, the hideout also has an associated Social Club Challenge.

A Volcanic Pistol is available in a chest near where the kidnapped daughter was held. One of the scraps for the Deadly Assassin Outfit is also available here (requires the associated DLC).

With the hideout overrun by the undead and most of the gang slaughtered, Rufus Higbee, Dale Chesson, and Alfie Scruggs were able to take shelter on the rooftops. Defending the settlement from the ravenous hordes, they await saving. Once the undead are gone, they will often be found sitting around the fire. When the area is secure, the player will receive the Volcanic Pistol and a safehouse. It is the same house that the girl is held in during single-player.

Twin Rocks serves as a gang hideout in the Free Roam mode of Red Dead Redemption multiplayer. Players can earn XP by clearing the hideout and it also factors in to all three series of Lawbringer Challenges. The Mauser Pistol can be obtained in the house for players who have not reached a high enough rank to unlock the weapon into their inventory.

This is a walkthrough for clearing the gang hideout in single-player. The hideout progresses differently in multiplayer.

Upon finding Thurlow Reese hiding behind a rock, the player learns that his daughter is being held in the main building (she'll show as a blue dot) and he needs help rescuing her. There's a short cutscene where Alfie Scruggs, who is standing on a cliff to the right of Twin Rocks spots the player and alerts the rest of the men in the hideout.

Once the cutscene ends, players are recommended best take out the men standing on the rocks first as their elevation allows them to hit the player even when in cover behind the lower rocks. Then, the player should slowly move in and take out a large number of bandits. Once they're clear, the rancher will ask for help in killing the last bandit, who has a gun to his daughter's head. Players must then proceed to enter the building and turn left, where there is a narrow doorway leading into a small room with Woody Swenson and the rancher's daughter. Here, the player must go into Dead Eye and take out Swenson before he executes the girl. Once he is dead, the Twin Rocks hideout is complete.

Perry Rose falling off one of the rocks at Twin Rocks. 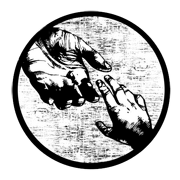 Twin Rocks seen from the west

Twin Rocks seen from the east

The fireplace inside the building

The table inside the building

The shelf behind the door, inside the building

The beds inside the building

The tent at Twin Rocks

Wagon and crates, guarded by one of the NPCs

A stranger on guard, at Twin Rocks