Marshals are also a class of playable multiplayer characters in Redemption.

The U.S. Marshal Service is the oldest American federal law enforcement office, the office being created by the first U.S. Congress in the Judiciary Act of 1789. Marshals in Redemption and Redemption 2 are usually in charge of one county. 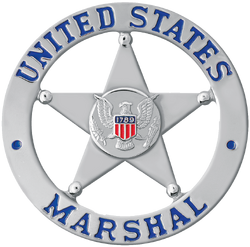 Alongside the U.S. Army and the Bureau of Investigation, the Marshals led an all-out assault on Beecher's Hope, killing John and Uncle.

When playing as Jack Marston, the player can obtain the US Marshal Uniform. Wearing it means that Jack is treated as part of the law and will not have to pay for stagecoaches.

When the player has an active bounty and has killed at least 20 law officers, Marshals are called in to pursue the player in place of the local law enforcement. Marshals will not pursue the player into Nuevo Paraíso, but can sometimes be found waiting at the border if the player tries to cross over to New Austin while the bounty is still active.

Similar to the first game, in Red Dead Redemption 2 Marshals only start to pursue the player when they have a high enough bounty in place of the local law enforcement. 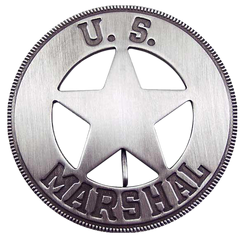 The most prominent Marshal in the Red Dead Redemption story is Leigh Johnson, who is stationed in Armadillo. Others include:

Rockstar added Marshals as playable multiplayer characters on October 1st, 2010, giving access to eight characters in the Outfitter. The player can choose which individual Marshal they wish to play as.

As in single player, NPC Marshals will pursue characters with bounties in multiplayer. When the player becomes a Public Enemy, Marshals will often spawn near the player and start pursuing him\her. This can sometimes happen in the wild, though they often spawn relatively close to a town or settlement. It does, however, depend on the player's location.

In Multiplayer, Marshals will not give the player a chance to surrender; they will shoot at the player on sight.

Retrieved from "https://reddead.fandom.com/wiki/U.S._Marshals?oldid=394489"
Community content is available under CC-BY-SA unless otherwise noted.