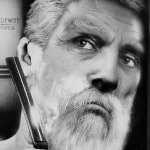 Howdy, I'm H. Roosevelt! I'm currently an acting administrator on this wiki. Feel free to message me if you have any questions generally regarding the site or if you need help getting started.

I consider myself a casual gamer. I enjoy the Red Dead Redemption, Grand Theft Auto, Bioshock, and Destroy All Humans franchises.

You can find me on Discord at Roosevelt#0389

Columbia was a floating city founded by self-proclaimed prophet Zachary Hale Comstock. Having secured the funding for its construction from the United States government, it debuted at the 1893 World's Fair. Created to be a symbol of American exceptionalism, its populace also followed the religious ideals set by Comstock.

Columbia later seceded from the United States in 1902 after it was disavowed for destroying the city of Peking in China during the Boxer Rebellion.

Retrieved from "https://reddead.fandom.com/wiki/User:H._Roosevelt?oldid=386154"
Community content is available under CC-BY-SA unless otherwise noted.