I shit thee not: 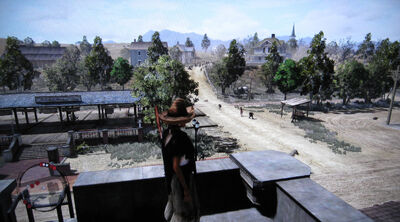 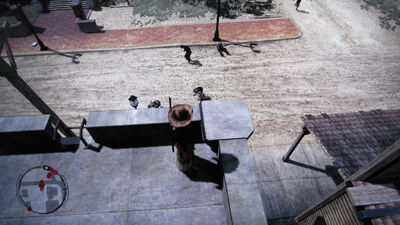 As those of you who've played the recently updated (pronounced 'ruined') Undead Overrun in Blackwater can see, I'm well past the line where you're struck by lightning and terminated. The HUD only displays the mini-map with abundant red dots representing undead, there is no timer nor undead kill meter. We are in a regular, private free roam session with the undead.

It's a trick that involves leaving Undead Overrun after Sudden Death. Unfortunately, that means the zombies are of the Sudden Death variety (although not entirely as the spitter bile doesn't explode), and they all still take plenty of bullets to kill. One spitter took 10 Bolt Action rounds in the head before it died. The spitters do still, however, rock you when you get hit. The next pic is from my first attempt to take a picture of the zombies, but that spitter at the bottom of the tower there had other ideas. One hit and I was pretty much dead as you can see by how distortd the picture became, and I even caught my death notice start to fade in on the right when I snapped the pic: 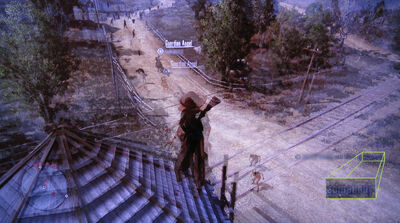 But I also noticed something else, Free Roam had no idea how to handle the undead as far as identification. The death notice says that I'd been killed by "somebody", which I find hilarious. The game just didn't have the text for it, I suppose.

I wanted to get a better shot where you could really see it say the line, and I got another strange thing in this one. On the left is text that shows who killed you and how far away they were from you. This time it didn't display a name at all, just a dash and the distance: 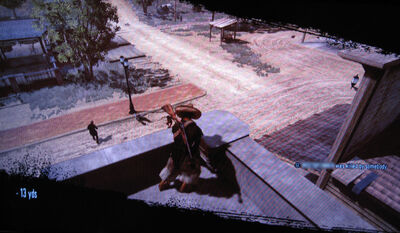 So there you have it, Zombie Free Roam!

Retrieved from "https://reddead.fandom.com/wiki/User_blog:JackFrost23/ZOMBIES_IN_FREE_ROAM!!%3F!%3F!?oldid=163547"
Community content is available under CC-BY-SA unless otherwise noted.