Van Horn Trading Post is a settlement featured in Red Dead Redemption 2 and Red Dead Online. It is in Roanoke Ridge in New Hanover on the shores of the Lannahechee River, and is situated south of Annesburg.

The town is decrepit, dirty, worn and derelict. Many structures appear to have been abandoned, one seeming to have burned down, and the rest are dirty and in disrepair. The town is not policed; instead, if one commits a crime, the inhabitants of Van Horn will become hostile and fire their weapons at each others and the player.

Around the bay of the settlement are wooden docks. These are in severe disrepair, with most having large, gaping holes in the wooden frame. Beside one of the piers is a sunken vessel, with many holes scattered around the boat.

The large majority of the buildings lie on one large road cutting through the middle of the village. The exceptions are three structures sat on a large pier to the north of the town.

Van Horn Trading Post has a fairly temperate climate. The temperature may go up to around 20 degrees Celsius in sunny weather, and up to the mid-teens (Celsius) in cloudy or rainy weather. Nights in Van Horn are not especially cold, and rarely (if ever) drop below freezing. Van Horn is on roughly the same latitude as Valentine.

The first building to come across in Van Horn coming from the north is the train station. This is a lone, abandoned building a stone's throw east of the main village. This structure sits parallel to the train tracks which run beside the town, and, judging by its appearance, is no longer in use.

Entering the village from the road heading south, the stagecoach sits a few yards northwest of the nearest building, a small wooden house. A few meters southeast of this house sits a wooden pier, with the Telegraph Office, Fence and another, smaller building all situated on top of it.

Across the street from this pier is a horseshoeing business called Moenning & Son. This is a tall, brick building with boarded-up windows and a messy yard beside it, full to the brim with wagons, crates and barrels. Directly behind this blacksmith is a brick warehouse, in the same condition as the horseshoeing company adjacent to it.

A small alleyway divides Moenning & Son and the next building, which is the Blackley Hotel. Based on its appearance, the building has been abandoned as it is in complete disrepair, with broken shutters, boarded-up doors and windows and an abundance of moss on the walls. The building seems to be exploited by homeless people, as many mattresses and fires can be found around it, along with the large amount of people who loiter around the perimeter of the structure.

Beside the hotel is the Old Light Saloon, a grubby, unwelcoming pub in the middle of Van Horn. On the wall outside is the missing poster for princess Isabeau Katharina Zinsmeister of Luxembourg. Inside, the player can try their luck in a game of Blackjack, or simply have a drink and a bite to eat from the bar.

Beside the saloon is an brick structure, behind which the player can partake in Five Finger Fillet. Next to this building is an apartment block called the Van Horn Inn, which is owned by M. Paterson. Facing this is a burned down sheriff's office, which appears to have been overrun with squatters, as numerous campfires can be found within the structure.

Beside the inn is another unnamed brick building, next to which is a textile manufacturer. This business produces various textiles, and is named Shubert Rugs & Fabrics.

Facing all of the buildings previously mentioned is a disused marina, which is in severe dilapidation. The wooden docks are treacherous, with large, gaping holes appearing in many piers, and some being almost completely submerged beneath the Lannahechee River. Littered around the marina are several boats, one having almost sunk beneath the surface.

The southernmost building within the village itself is the lighthouse: a tall, cylindrical building only accessible by crossing a bridge made out of rock. Inside, a spiral staircase allows the player to climb to the very top of the tower, leading to a small observation platform, surrounded by a metal railing.

In the mission "Highly Illegal And Highly Moral", members of the Del Lobo Gang hole up in a saloon owned by Josie Dawson, and the protagonist and their posse are tasked by U.S. Marshal Tom Davies with investigating both the saloon and a nearby camp in the hopes of finding Alfredo Montez. However, Montez is nowhere to be found at either location.

During the sixth chapter, Arthur Morgan and Bill Williamson rob a stagecoach in Van Horn, which is carrying dynamite. Bill plays drunk on the roadside, while Arthur takes up a position as a sniper on a nearby building. Together, they manage to fight off the guards and commandeer the stagecoach, which they then take back to Beaver Hollow.

For the remainder of the chapter, Pinkerton patrols are prevalent in the general area, and the player may be pursued by them when venturing near Van Horn. In fact, John Marston tells Arthur that the Pinkertons have "pretty much taken over Van Horn" near the end of the chapter.

While the Van der Linde gang are robbing a train, Abigail Roberts gets kidnapped by Pinkertons and taken to Van Horn. As a result, Arthur and Sadie Adler launch a rescue attempt for her. However, Sadie gets captured, and Arthur is forced to confront Agent Milton himself. In the ensuing struggle with Arthur, Milton gets shot in the head by Abigail after she breaks free from her restraints, and the trio escape Van Horn. 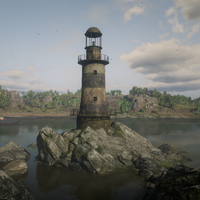