Red Dead Wiki
Register
Don't have an account?
Sign In
Advertisement
in: Animals in Revolver, Animals in Redemption
English

The Vulture is a large scavenging bird found in Red Dead Revolver and Red Dead Redemption.

Because of their size, they are easyto find. They are the largest birds found in the game. The type of vulture seen in the game is the turkey vulture (Cathartes aura).

Vultures are found to congregate near the site of violent battles or the deaths of animals. They spawn around gang hideouts after the hideout has been cleared in Single Player. 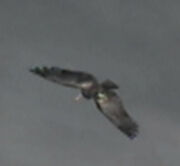 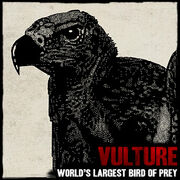