On the road from MacFarlane's Ranch to Armadillo

Water and Honesty is a Stranger side-mission featured in Red Dead Redemption.

Marston notices a campsite out on the trail and decides to ask the occupant for a short rest from his travels. He meets a man named Andrew McAllister, who welcomes Marston to his camp. After a small conversation, McAllister tells Marston about how he is searching for a rich source of water for drilling.

McAllister then explains how he used a dowsing stick, and has found out that there is water underneath Pleasance House and wants to purchase the land. To get it, he needs the deed to the land and offers Marston a good reward if he goes out and retrieves it.

But unfortunately for him, Clyde Evans, the owner of Pleasance House, is not about to just hand it over.

After locating Andrew McAllister, the player must:

The mission starts in a camp on the road from MacFarlane's Ranch to Armadillo. A man using a dowsing stick remarks that he doesn't have the irrigation tools like the city folk do and explains to Marston that underneath the Pleasance House there is a stockpile of water that he wants. The only way to get it is if he has the deed to the property. The owner of Pleasance House does not want to leave though. Marston agrees to get the deed.

Travel to Pleasance House just north of Armadillo and talk to the owner. He demands $200 for the deed, and says he'll buy a house in Blackwater (although he doesn't like the people there). Marston has the choice to either pay $200 for the deed, kill the owner and take the deed or hogtie the owner (-100 honor) into giving the deed over.

Either way, Marston now has the deed to Pleasance House and can now use it in the same way as other safehouses.

Head back to the man at the campsite and hand over the deed. He then pays Marston $15 if the deed was retrieved by force, citing that he didn't want anyone to die, and that the owner has a son in Blackwater and he should keep quiet about the deal. Alternatively, he pays $220 if the deed was simply bought, thanking Marston for using his own money to procure it.

After giving him the deed and completing the mission, he can be killed (-30 honor or -0 honor if the bandana is equipped) and his corpse can be looted to re-obtain the deed to the house.

The Pleasance Deed allows the player to use Pleasance House as a safehouse to save their game and change outfits. It can be given to Andrew McAllister for the Stranger side-mission Water and Honesty for $220.

Evans mistakes John for a robber 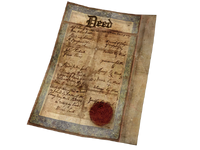 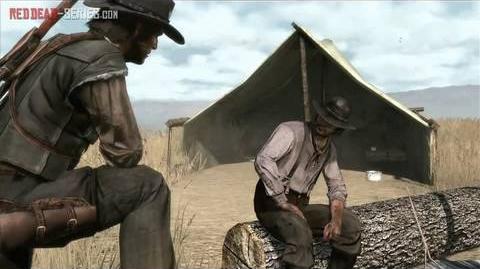 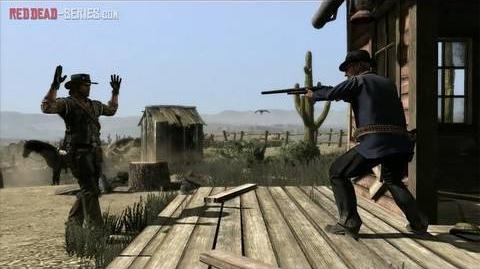 Retrieved from "https://reddead.fandom.com/wiki/Water_and_Honesty?oldid=396119"
Community content is available under CC-BY-SA unless otherwise noted.